The truth is, it’s hard to make everyone understand how much this group composed of five amazingly wonderful people mean to me. Tweets, posts, graphics won’t really be able to show how thankful I am that I got to know TVXQ and their music, and how much they have changed and inspired me while I was growing up.

I became a TVXQ fan while I was in high school, during the time when I was going through a lot, and I really needed a way to pick myself up. I was quite introverted, I easily got depressed, I was having personal and family problems and the only person who used to be able to make me feel better and get me back to my senses had to move out of Manila. Although I still had our group of friends, not having my best friend around was tough, especially when for years, she was the only one I could really open up to and the only one who could understand me, despite our many differences.

TVXQ’s music really helped me a lot back then. To be honest, I really wasn’t attracted to any of the members, save for YooChun whom I thought was the only “normal” looking out of the five. (JaeJoong looked like he was from an anime/outerspace, YunHo was scary, JunSu looked like Barney, Fred Flinstone’s BFF, and ChangMin — I just didn’t quite get him). So from the beginning, it was their songs that I really liked so much. Together with another close friend, Mia, we’d spend afternoons after class watching TVXQ clips at her place. She was JaeJoong’s Princess, I was YooChun’s! LOL. Instead of keeping to myself like I always used to, I became a bit more outgoing. TVXQ became a really good distraction from the problems I had, and in a way, it got me out of the negativity I was sinking into then.

During that time, there weren’t many TVXQ / KPOP fans in school, save for a handful. So of course we resorted to joining forums online, which was the only way to meet other fans, and at the same time get to know more about the members (this really contributed a lot in terms of my liking for each member… because it was through forums that I began to love and appreciate not just YooChun, but all five of them*_*). During those years we had IN:COMPLETE, TVfXQHeaven / World (home to Cassiopeia Philippines), BelleMode and TVfXQForever. I became more active in those forums, posting a lot everyday, and also joining the staff — becoming part of BM’s graphics team, a moderator and designer for TVfXQForever and the template artist for Heaven.

I was also very lucky that I had Ate’s I knew from the F4 days, who also became TVXQ fans. Through those online communities, I got to know so many other fans, both younger and older than me, who turned out to be such wonderful friends, not only online, but offline as well.

I enjoyed meeting new people, learning from them and just… being able to share the same love we have for these five boys. And although I started design back in 6th grade, it was during this time in high school that I realized how much I loved it. Being in the fandom contributed a lot in honing my skills and in deepening my love and interest for it. So if there’s anyone I would thank for helping me find what I really loved doing, and at the same time inspiring me to get better at it, I guess it would be these guys. This also influenced my choice of course in college, and well, basically just the career I wanted for myself in the future.

These boys and their music… They’ve helped me through so many experiences, some were really heavy ones, like losing two of my grandparents in the same year, sinking in and out of depression and my tendencies… and even more family problems. Every time I felt like I couldn’t really cope anymore, apart from my family, friends and God, there was always TVXQ, their songs and Cassiopeia. Always giving me the motivation and strength that I needed to be able to get back up. Love for these boys have helped me build good friendships over the years, it has brought my family closer as well, because through the years TVXQ’s become sort of like a household name. (Hey, even my Dad has watched them in concert, even beating my sisters to seeing all five members!)

These past 7 years… I was able to get through it also because of JaeJoong, YunHo, YooChun, JunSu and ChangMin. They’ve brought me so much inspiration and happiness, and have also opened up a lot of opportunities for me. I’m having a hard time just putting these into words… But really, they are a huge part of my life, and no matter how much the fandom has changed, no matter how many years have passed, this gratitude I have for this group will always, always stay the same.

“Everyone is searching for a place where their sadness and loneliness can be healed.  For you, that place is here. Don’t be afraid, don’t hesitate anymore, because I’ll protect you.”

I’m thankful, and blessed because… this is exactly what I found through TVXQ and Cassiopeia. A place, a home, where I can find happiness and strength.

I understand that fandom is different for every person. Some take it as a hobby, a way to pass time. Some look up to their idols, and strive to be like them. Some are able to find happiness and inspiration in it — it just varies.

For me I guess it’s the combination of everything? I do know my limits too. This isn’t all I do, but it definitely is part of life (mine, and my family’s). I am still learning everyday, I have projects I am working on (although I really should apply for a regular job soon, while I have a year off), I still am designing and organizing my shop, I still get to do my duties at home as a granddaughter, a daughter, and a sister. ^^ TVXQ and fandom in general is just that part that helps keep everything balanced out, because without it, I think life would be really dull. = p

I’d have to admit that with TVXQ being a part of my life, there is also that certain attachment. I think this isn’t something that can be helped. It can’t be helped that I also get worried or get affected with what happens in the fandom, it just comes along with it, same as how positive events affect me in a good way. But it certainly does not mean that I allow it to put me down, taking my whole life with me or something like that =_= Of course not, because to me, even if TVXQ and Cassiopeia are stuck in such a situation right now, I will always revert back to the reason I love this fandom and the main purpose that I am in it. And while it’s  a source of happiness and motivation for me, my whole life does not revolve around it.

The bottom line is that, I’m happy to have grown up with TVXQ, and with the rest of Cassiopeia. ^^ And even if right now, things are not going as smoothly as I thought it would years ago, I am still thankful because… those five people are still pursuing their goals, working hard for their dreams. And remain to be such an inspiration for me to do the same.

(Ah, I didn’t think I would end up writing this long of an entry, but I really felt that its important…. ^^ Sorry if I don’t make sense here and there, it’s already past 5am, and I sure am sleepy ^^’)

I’ve never seen myself as a touchy person. Just normal, I guess. But ah, it...

Last month I spent this rainy Monday to visit the KCC, which at that time...

Yesterday I attended the first meeting for the Basic Korean Language Class that I signed...

Today Jade, Katie and I left home earlier than usual and took a cab to... 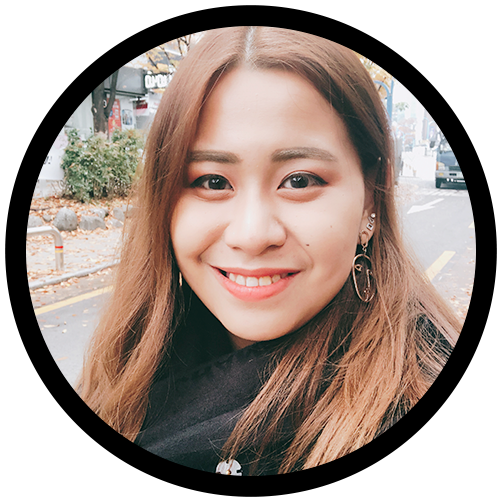